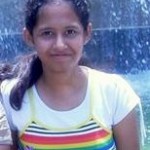 Science has undoubtedly brought change in our lives, and will continue to do so. Science is the reason behind our easier, healthier and longer lives (not to say of giving high-paying jobs). And science is not of recent origin either.   It began when the universe was formed. Due to this, almost everything around us is Science (though if Science was called English or may be history, the story would have been different).

Humans have used Science since we learned to stand on two legs. Agriculture, cooking and making fire, were all milesones in science. Later came transport and communication. All these made human beings think, which paved way for more advancements in Science. Now, it is due to Science that we have a better understanding of the world around us, and also that of other worlds in space. We have discovered cures for major and minor diseases, made transport and communication easier, eradicated   superstitious beliefs,   and in short has made our lives more fulfilling than it might have been a few 10,000 years ago.

But everything has a darker side and Science is no exception. Let’s face it; Science has made us     lazier, dumber and dangerous. No longer do we make greeting cards from our own hands, all we do is send a text message. Calculations, instead of being done in our heads, are done on calculators. Guns, bombs, landmines have all been used to kill people, animals and birds. Pollution has increased and so has population all over the world.

After reading all this, it becomes confusing to decide- is Science a boon, or is it a curse? If you ask me, it is neither.  It all depends on the user. After all a gun lying on a table is not at all bad, it depends on who uses it. So according to me, it is up to us to use Science either as a boon or a curse.